The operating system (or OS) on your computer is the main programme that controls the way your computer works, looks and interacts with the world. So you’d think it makes sense to keep your OS right up to date. But that’s not always the case.

This week Apple launched a new OS called Mavericks. Like every Apple update, it is evolutionary and everything looks familiar – so it feels just like the old system and nobody gets stressed. Mavericks promises to make your computer more secure, easier to use, faster and more energy efficient. Best of all it’s free, so it’s a no-brainer to download and install it. It works with every Apple made after early 2009 and some older computers too.

But a word of advice – wait a while. Pretty much every piece of new technology is launched with bugs. These are uncovered by the early adopters (the people who queue outside Apple shops) and ironed out in the first few weeks. We loaded Mavericks yesterday (OK, sometimes we’re in that queue) and we’ve already had a few issues with a scanner and the music in the office. Nothing serious, but unless you need to discuss the new OS on day 2 in the playground, it’s worth waiting a month.

With Microsoft, it’s sometimes worth waiting much longer.

Windows 8 launched a year ago and most people who moved to it (us included) wish they hadn’t. It’s a lemon. Many have reversed the move and gone back to Windows 7.

Windows 7 is still used by half the world’s computers (as opposed to the 8% that run on Windows 8) because it is more straightforward and reliable. If you’ve got Windows 7, cherish it. Say “Yes” to all the updates that will keep your computer safe and running smoothly, and wait to see what Microsoft launch next year.

Similarly, if you’re running an older Windows OS (Vista, XP or 2000) then don’t stress yourself or your computer with a change – wait until you buy your next computer.

If you’re stuck with Windows 8, then this month’s 8.1 update comes with a health warning. We ignored our own advice and tried to install it in week 1. The result is a dead laptop (properly dead; fully bereft of life; an ex-laptop). We’re working on a resurrection, but with no help from Microsoft, who have hung up on us twice. If you hold stock, sell.

In last week’s Top Tips 2, we mentioned that we watch movies on our iPad from a separate hard drive and some of you have asked “How?”

Here’s how: It’s called a Kingston Mobilelite and it costs about £40. You load your films, music, photos, home movies and files onto a hard drive (or onto a USB stick or memory card).

You plug the hard drive into the MobileLite and it uses WiFi to talk with your tablet or phone. That’s it. The hard drive in the picture has a huge capacity (2TB) so it holds every photo, album, movie and file that we have. If Apple sold an iPad with that much memory, then – at their current rates for extra memory – it would cost £7,000.

Here’s a shock for you – according to English copyright law it is illegal to copy your CDs and DVDs onto your computer. That means that any of us who have loaded our own CDs into our own iTunes library have committed a crime.

This is a peculiarly British situation. The law in other EU countries assumes that we will behave ethically – which means not selling or giving away copies of our CDs, DVDs and Blu-Rays – and so it allows us to make copies of these discs for personal use.

In the UK, things are less clear. No-one has ever been prosecuted for copying their own CDs and DVDs into iTunes, but as the law stands, both acts are illegal. That’s a bit rubbish – none of us want to be guilty of misdemeanours and so, as Vince Cable said last year, “We need to bring copyright [law] into line with people’s expectations and update it for the modern digital world”.

At Fingertips we can’t advise you to do anything that breaks English law, but we can tell you what we do when we’re on holiday in Spain… 🙂

We recently transferred every DVD that we own onto a pocket sized hard drive which is smaller than a single DVD box. We now have all 176 of our movies plus boxed sets of our favourite TV shows instantly available to watch on any of our TVs, computers or iPads. The quality is exactly the same as the original disc (with surround sound) and, best of all, the films start immediately – no rummaging around for the disc, waiting for it to load or having to watch the “You wouldn’t steal a car” video.

We got our calculator out and worked out that it would have cost us £1,500 to repurchase all our DVDs on iTunes. If that sounds like daylight robbery – and if you are going to be in an EU country in the near future – then give us a call.

So you’ve had iOS 7 for a fortnight and the honeymoon is over – you’re enjoying the new design, but it’s draining your battery at an alarming rate. Here’s some ways to give your phone a bit more stamina – keeping some battery power for things you really need. 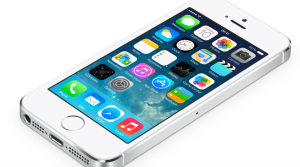 1. Turn off location services for all but those apps that really need it – do you really want  the Angry Bird to know where you are?
Go to Settings – Privacy – Locations Services  then choose the apps that you really need location services for (like Maps and Camera) and switch off the rest.
2. Switch off Parallax – it’s the 3D effect for your app buttons. Cool for 2 minutes – a complete waste of battery.  Settings – General – Accessibility  and turn on  Reduce Motion.
3. Change your email settings so that you emails are ‘pushed’ to your account less often. Settings – Mail, Contacts, Calendar – Fetch New Data.  You can switch off Push altogether, or, if you have less important email accounts on your phone,  you can choose which of your email accounts to fetch or push.
4. Lower the brightness of your screen – sounds obvious, but this is a big battery drain. Settings – Wallpapers & Brightness; use Auto-Brightness or to be really frugal, manually set it low.
5. Turn off the system diagnostics and usage function – this is a setting for Apple to gather data about how you use your phone – enough said. Settings – General – About  scroll right down to the bottom to Diagnostics & Usage then select Don’t Send.
6. Stop notifications that you don’t need: Settings – Notification Center and then work out which apps you’d like to send you news and which you don’t need to hear from.
7. This isn’t new to iOS 7, but only have Bluetooth and WiFi on when you need them. It’s much easier to switch them on and off with iOS7. Just slide up the  Control Centre menu from the bottom of the home screen and switch them on and off.
Follow these 7 simple rules and your iPhone should last all day.